The Scottsdale Airpark Area is located 9 miles north of downtown Scottsdale and is bordered by Cactus Road and Frank Lloyd Boulevard.

This area is home to the Scottsdale Airport which is surrounded by Scottsdale Airpark Business Center, however, there are several peaceful and serene single family, townhouses and condominium communities located east and west of the Loop 101.

The City of Scottsdale makes flying in and out of North Scottsdale as simple ABC, or, in this case, as SDL (the IATA airport code for Scottsdale Airport). Located between Scottsdale Road, on the west, and the Loop 101 Pima Freeway on the east, Frank Lloyd Wright Blvd. to the north and Thunderbird Rd/Redfield Rd. to the south, this airport and the related businesses in North Scottsdale are conveniently located for those who own or rent private airplanes, who are interested in learning how to fly, or who work in businesses at the airport or airline operations there.

Started in 1942 as a basic training facility for World War II Army Air Corps pilots, this general aviation reliever facility is home base for more than 400 aircraft single engine recreational and corporate jets. The airport can accept aircraft weighing up to 75,000 lbs.

Scottsdale Airpark, with more than 3,000 companies located in the area and employees numbering more than 57,000, is predicted to continue to grow in the coming decades. The Airpark is not only aviation-oriented, but is also multi-use and includes retail, restaurants, apartments, condos, hotels, and light industrial space (Source: Colliers International, March 2018).

North Scottsdale's addresses are highly sought after, and zip code 85260, which includes the Scottsdale Airpark area, is no exception. While Scottsdale's reputation is often associated with lush golf courses, there's so much more to this vibrant community that attracts all age groups that appreciate fine dining, enjoy upscale shopping, posh resorts, and spas, and are passionate about enjoying outdoor recreational opportunities. Living near the Scottsdale Airpark affords all that and more.

If your family includes school-age children, you'll want to know that the Scottsdale Unified District public schools in this zip code are all rated as Grade A schools, except one middle school rated at B. (Source: Arizona Department of Education). A charter school in the area, Great Hearts Academies - Scottsdale Prep, is considered one of the top 20 high schools in the state (2018).

South Scottsdale, with the City of Tempe and Arizona State University to the south, is the oldest part of Scottsdale and as such, does not carry with it the allure of the Scottsdale vibe.

Old Town Scottsdale is just off the Loop 101, and will be your destination for an array of dining options — many with patio seating for optimal people watching — as well as art galleries, entertainment at the Scottsdale Center for the Performing Arts, museums including the Western Spirit: Scottsdale’s Museum of the West and the Scottsdale Museum of Contemporary Art, Spring Training Baseball and one of the largest indoor shopping malls in the country; Scottsdale Fashion Square.

Central Scottsdale, also known as the Shea Corridor, is very residential once you move away from Scottsdale Road, the thoroughfare that runs all the way from south to north in this city. These desirable communities were generally developed in the 1970s. That brings us to North Scottsdale, the most affluent part of Scottsdale and the area that continues to see the newest development to the north and northwest since Scottsdale can't expand to the west or south.

Those who don't know the area, and those that are not currently in a financial position to make that move to North Scottsdale, might disparage its residents as being snobbish or pretentious. It is true that you'll probably notice more luxury vehicles here than in other parts of the Valley of the Sun. Many wealthy people, famous athletes, and celebrities make their homes in North Scottsdale.

Are the critics just jealous, or is there truth to this assessment? Visit the area and meet the neighbors. I'll let you decide. If living in a dynamic neighborhood with a versatile business mix enhanced by a thriving local airport sounds like the ideal match for you and your family, then the Scottsdale Airpark is certainly worthy of consideration.

Convenience at your Fingertips 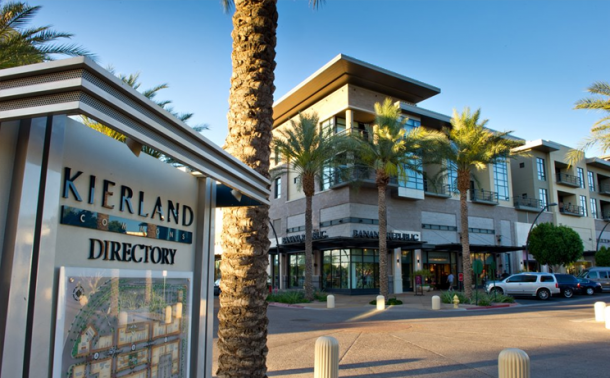 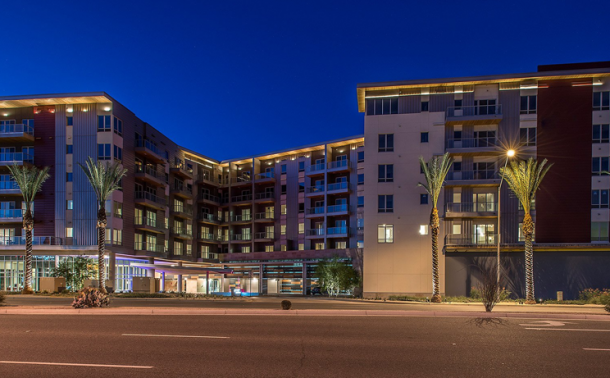 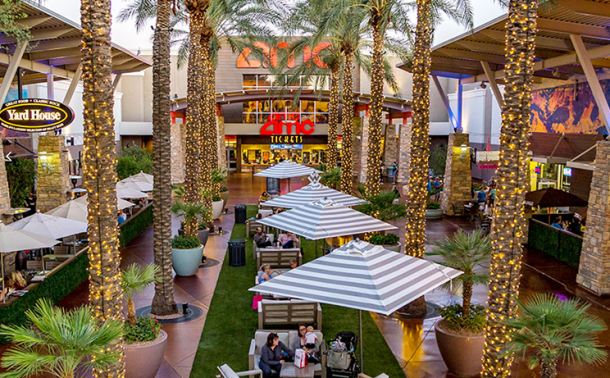 Use our interactive map to learn about each of our unique neighborhoods and decide which is right for you!

Explore
We use cookies to enhance your browsing experience and deliver our services. By continuing to visit this site, you agree to our use of cookies. More info